How the Charter monitors floods and landslides

How the Charter monitors floods and landslides

Floods and landslides may occur when an extreme hydrological event, such as rain with high precipitation rates or long duration, affects a region. The excess water overflows from rivers, causing floods over large areas and can affect the stability of the slopes and trigger landslides.

Floods are the most frequent natural disaster in the world, corresponding to almost half of the natural disasters from 2000 to 2019 in the EM-DAT database.  As of May 1st, 2020, the International Disasters Charter has responded to 651 activations, 316 of which were due to floods and 27 were related to landslides. In many cases, activations for flooding also involve landslides. The first activation of the Charter, in November 2000, was for a landslide in Slovenia.

Floods can affect a large number of people and properties when they reach areas that are of economic value for human occupation and agriculture. Soils on flood plains are usually rich in nutrients deposited by floods, but the crops are susceptible to destruction during extreme flooding events. Homes and buildings in urban environments are frequently constructed on smooth terrain due to lower construction costs.  Unfortunately, these areas are more prone to floods than steeper terrain.

Many human interventions increase the danger of natural floods. Some examples are land management practices that do not consider sediment loads on rivers causing elevation of riverbeds and channelization that increases the rate of flow triggering flooding downstream.

While the number of landslides triggered by rain may be quite frequent, damages to homes and buildings on slopes due to landslides tend to be less significant because the slopes have a relatively low density of habitation. Most damages from landslides are due to the debris flows carried along streams, with solid materials such as rocks and tree trunks adding destructive power to the already dangerous high water levels.

Disaster responders benefit from satellite information to assess damages and map the extent of the affected area. In the case of floods and landslides, a critical piece of information for disaster responders and recovery efforts is the location of the affected structures. For example, in January 2020, the Iconha River in Brazil flooded due to heavy rain, which also triggered landslides along the river. The Pléiades satellite image from February 1, 2020, made available through the International Charter, showed that four of the six bridges in the city of Iconha were destroyed by debris from these landslides.

The Brazilian Ministry of National Integration reconstructed the bridge (second from the left in the previous image), relying on the International Charter's image to confirm the validity of the reconstruction claim.

This event shows the destructive power of landslides. This disaster also affected other cities along the Iconha River. Landslide scars were mapped 15 km upstream from the city of Iconha using Sentinel-2 images from January 1, and March 16, 2020.

Most floods affect a much larger area, affecting thousands of homes and displacing thousands of people. One such event occurred in June 2019 in the Far East of Russia, when the Iya River in Irkutsk Oblast, inundated several towns after heavy rains and snow melting in the Eastern Sayan Mountains. In the city of Tulun, 3300 homes and nearly 10000 people were affected, and the CBERS-4 satellite acquired an image of the city on June 29, 2019. The map produced through the International Charter shows the inundated homes and buildings by combining images from Kanopus-V and CBERS-4 acquired before and after the event.

The Emergency Control Ministry (EMERCOM - Charter Authorized User from the Russian Federation) actively used the provided satellite data and derived maps to organize and coordinate the evacuation and rescue operations as well as for the planning of post-disaster recovery and damage evaluation. The representatives of the EMERCOM stated that the provided data was very helpful throughout the whole disaster response and mitigation process and thanked the Charter members for their support.

The Charter activations we have covered in this article are just two of a large number of floods the Charter has monitored using our satellites. The data provided by the Charter members ensures the evaluation of flooded areas and damage assessment which helps Project Managers and Charter Users to plan and coordinate their efforts more effectively. Thus, international cooperation of the Charter and Disaster Risk Management authorities facilitates quick and informed disaster response to floods and landslides, which may help to save more lives and preserve property and infrastructure. 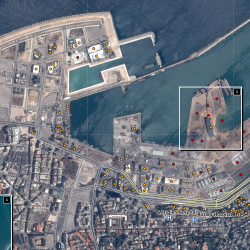 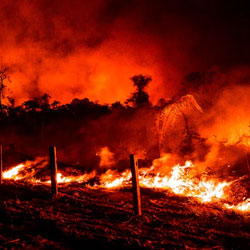 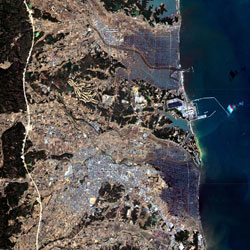 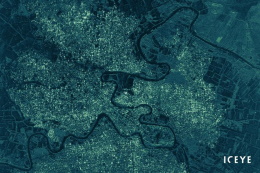